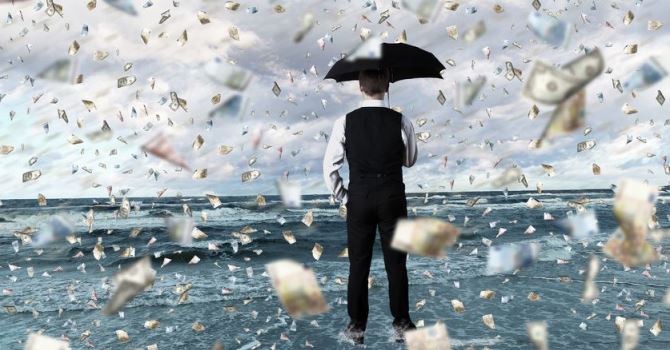 
While multiple factors are likely to be causing the prolonged stagnation in the Japanese stock market, one major factor seems to be the companies’ negative response against becoming the target of acquisition.

By the way, wealthy art lovers tend not to visit art museums. The reason is simple: they cannot buy the works of art displayed there.

Paintings kept in the museum and regarded as national treasures have without doubt an enormous value, but that does not mean it is highly priced, as there is no market for such paintings in the first place. On the other hand, the art dealers’ job is to sell works of art, and their galleries serve as an art market. Wealthy people visit the dealers’ galleries instead of art museums because they can buy what they find there.

The potential to be bought (and sold at the same time) is the very basic precondition of a market for something to exist. What cannot be bought cannot be priced in the market, however high its value. And price is what matters in the market.

Some companies seem to go public while actually defending the company from the possibility of acquisition. This behavior is similar to keeping works of art in a museum. Such companies are not without social value, and some might even be comparable to a national treasure. People at other companies might be coming from all over the world to learn about them. However, it is rather doubtful whether such a company’s stock would fetch a decent price.

Investors are, so to say, not enjoying paintings at museums but rather hunting for paintings at galleries. If a company is publicly traded, its management should at least take efforts to be well appreciated in the galleries. If the managers want to run business in a way that would impress people in a museum, the company should go private?although that also means acquisition, by the company itself.

Here is the point: the stock market will not function unless there is a clear system through which equity is absorbed from the market, whether it is acquisition by the company itself or by third parties. The Japanese stock market has a large problem in this aspect.

Using the analogy of art again, paintings in museums can be priced theoretically. Although they do not have a market price because they cannot be bought, a hypothetical price can be calculated as the present value of total admission fees paid for future exhibitions.

The same can be said for stocks: a company that cannot be acquired may nevertheless be worthy of investment. As long as there is value, there should be some way to transform the value into investment returns?this is the investor’s basic assumption that forms the base of capitalism.