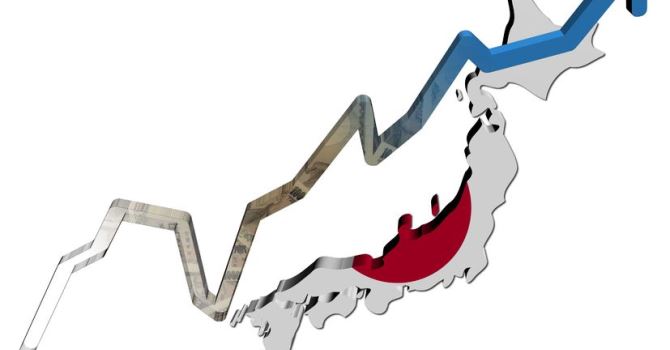 In July, the International Monetary Fund (IMF) released a report that called on Japan to move away from its reliance on the weak yen, while it continues its quest to boost inflation and growth. The monetary fund said Japan should roll out long-awaited structural reforms with greater speed and be prepared for additional monetary easing.

While this sounds like pragmatic advice, the reality has been far more difficult for Japan to achieve several of its economic reform goals. The first and second arrow of Abenomics started out with a lot of promise. The Bank of Japan’s monetary policies saw success with bringing inflation to 1.5 percent by mid-2014, just shy of the administration’s 2 percent target. Since that high point, however, inflation has been on a downward trend, hovering near zero since February 2015.

Several factors have conspired against Japan’s inflation and growth efforts, so it is hard to pinpoint any single factor as the culprit. Oil prices have been sliding since earlier in the year. The Greek austerity measures brought a lot of anxiety to the Eurozone. Most recently, fears surrounding the Chinese economy have shown the potential peril that awaits the world, if the bottom falls out of China’s market. Whatever the driving forces might be, Japan has faced numerous obstacles as it tries to bring vigor back into its economy.
The third arrow of Abenomics has faced its own challenges, almost from the start. Despite Prime Minister Abe’s noble motive to enact widespread structural reform, both industry and special interest groups have countered him at every turn. Trade reform, such as various provisions currently under debate as part of the Trans Pacific Partnership (TPP) have faced vehement resistance from special interests. Similarly, issues including labor have been stalled or had watered-down versions of the reforms introduced. To its credit, the Abe administration has had great success with corporate governance and female labor participation, but those gains have not been enough to usher in a new era of structural reform.

The IMF’s report noted that Japan is expected to realize 0.8 percent growth in the current year and see that increase to 1.2 percent for 2016. Their major concern, however, is that Japan’s modest recovery is fragile and it will likely face several obstacles going forward. This is combined with rising public debt that is likely to hit 250 percent of gross domestic product in the coming five years. The IMF’s real fear is that growth could stall due to weak domestic demand, derailing any chance of substantial economic recovery.

The monetary fund’s first recommendation was for the Bank of Japan to be prepared for additional monetary easing, and to accompany that with better communication to markets of its intent to help drive inflation. Although rising, inflation is currently only at 0.7 percent and growing slower than expected towards the administration’s 2 percent goal.

Also high on the IMF’s list were the structural reforms of the third arrow. They cautioned Japan that reforms need to happen faster and the scope of the reforms need enough substance to make a difference. The gist being that the government needs to “reload” Abenomics so it more closely matches the Abe administration’s original intent.

The IMF specifically pointed to agriculture and the services sector as two areas that need deep reforms as part of this reloaded Abenomics. The report authors cite the TPP agreement as providing context to the type of reforms they hope to see in these sectors. Deregulation in these areas has the possibility to lead to gains in productivity and competitiveness.

These structural reforms can offer the most “bang for the buck” according to the report, but are also the reforms that have faced the fiercest challenges from special interests determined to protect the status quo.

Bright Spots in the Face of Challenge

Although Japan’s market has faced various obstacles over the last year, it has not been devoid of hope that significant recovery is still possible. Japan’s economy has shown many positive signs over the course of this year and seems to be trending toward recovery.

As we wrote about earlier this year, Japan’s gross domestic product (GDP) was revised sharply upward to an annualized 3.9 percent in the first quarter, compared with a preliminary figure of 2.4 percent. This has been accompanied by mostly robust capital spending by Japanese businesses as they upgrade facilities and have started to “reshore” a significant amount of manufacturing that had previously been outsourced to its various Asian neighbors.

The IMF remains concerned, though, as the current recovery took shape slowly in the wake of the consumption tax hike of April 2014. While capital spending by businesses has picked up, the IMF notes that consumption remains sluggish. Worries persist that any type of weakness in domestic demand or wage growth, could put the brakes on the current recovery and that a reloaded Abenomics is the best way to prevent this from happening.