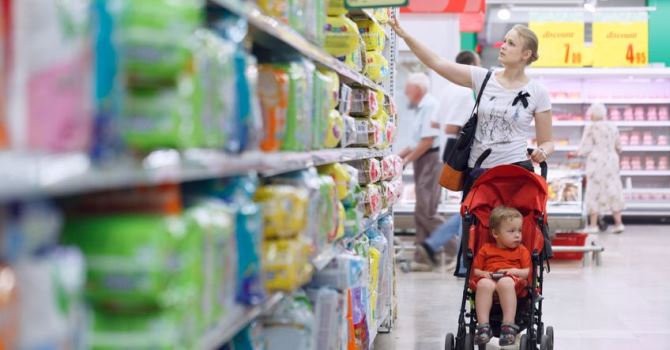 
Daio Paper, a Japanese company best known for its manufacture of various paper products, has been the focus of a two Nikkei Asian Review articles in recent months. Last March, the publication explored Daio’s success in China’s baby care products market. Daio’s premium line of GOO.N disposable diapers has been a major hit, despite prices higher than many other competing import brands.

Chinese parents have been so impressed with the product’s quality and innovative features that even prices five times higher than domestic products have not deterred sales. Daio’s success with the premium GOO.N line in China has been substantial enough that it helped triple their overall sales of disposable diapers in China for fiscal 2014.

Next, in May the Nikkei Asian Review published a second article concerning Daio’s use of earnings from its diaper business to lower debt. Daio hopes to lower its interest-bearing debt by 17 percent through fiscal 2017. The company will continue to cut costs of under-performing product divisions, increase diaper production capacity in China, and pay down debt from diaper profits. Daio’s household products unit?responsible for its diaper business?has been a bright spot that has helped the company recover from a 2010 scandal involving its former chairman. The company expects a debt-to-equity ratio of 1.9 by 2017.

Daio is by no means alone as it experiences increased growth and profitability with baby care products in markets across Asia. China’s domestic baby products sector continues to suffer the backlash of several highly publicized food scandals, including melamine-tainted baby formula in 2008. Chinese consumers have come to prefer Japanese brand baby products, such as Unicharm’s Moony and Mamy Poko diapers and Kao’s Merries diaper products. Growth of Japanese diapers and related baby products remains robust in China, with a favorable outlook through 2020.

Meanwhile, other markets including India, Indonesia, Thailand, and Vietnam are providing additional growth and demand for Japanese baby products. The trade journal Nonwovens Industry recently reported that Unicharm has seen nine years of consecutive growth in Indonesia, increasing its local market dominance by 30 percent for the period. Likewise, the company controls 60 percent of Thailand’s baby care market, 40 percent in Vietnam, and has seen 100 percent year-on-year growth in India.

A combination of factors are driving growth across Asian markets, while Japanese companies are uniquely positioned to offer products that are often better suited to the tastes of Asian consumers. Aside from the tainted product scandals that have damaged China’s domestic manufacturers, the most obvious reason for the increasing growth is a rise in the middle class across the region.

China, Indonesia, India, and several other emerging economies are developing a more sophisticated class of consumer who prioritizes quality over price, and looks to foreign brands for innovation and safety.

Similarly, Japanese manufacturers have adapted their products to the notoriously finicky tastes of Japanese consumers, and often prioritize quality above any other aspect. The Nikkei Asian Review notes that market studies show Japanese consumers put a higher importance on gentleness and softness of diapers than either Americans or Europeans do. This preference appears to carry over into other Asian markets, where it is an advantage as Japanese companies compete with behemoths like Kimberly-Clark and Procter & Gamble.

The Role of Nonwoven Materials

Perhaps unexpectedly, another Japanese industrial sector is both enabling and profiting from the preference for Japanese baby care products in Asia. The Japanese nonwoven materials sector has created several key innovations that allow companies like Daio to produce premium diapers. JNC, Mitsui Chemicals, Toray Industries, Nippon Shokubai, Sanyo Chemical, and Sumitomo Seika are some of the notable companies that contribute the material innovation needed by baby care product manufacturers.

The comfort and softness qualities favored by Japanese consumers are made possible by the nonwoven materials that come into contact with a baby’s skin. These materials also allow for other qualities including absorbency and permeability that distinguish one diaper brand from another. Japanese nonwoven material companies are a primary supplier of fabric and the other 10 to 15 basic materials used for diaper production globally. Three companies alone?Nippon Shokubai, Sanyo Chemical, and Sumitomo Seika?control over half of the global market for SAP materials that provide the absorbency for diapers.

These companies have continued to develop new techniques that allow for softer fabrics, and have increased their own production capabilities in Japan, China, Thailand, and Indonesia over the last year, to meet increasing consumer demand and expectations.

A Future of Diaper Innovation and Increasing Demand

Unicharm has stated in industry reports that it intends to focus heavily on China and India as it seeks growth over the coming years. The company plans to look at diversified products and retail channels, to delve deeper into those markets. Daio is taking steps to improve the features and qualities of its premium diapers, using lessons it has learned in China to improve its competitiveness in Japan and other markets around Asia.

Overall, Japanese diaper manufacturers are expecting substantial growth in Asian markets other than Japan between now and 2020. Daio is looking to boost premium diaper sales in Asia by up to 40 percent through 2017. Industry analysts predict that the consumer preference for higher quality products will remain strong, with it trumping price as the primary purchasing factor, according to Nonwovens Industry. Both Japanese diaper manufacturers and nonwoven material suppliers seem well positioned to capitalize on these regional growth and consumer preference trends.