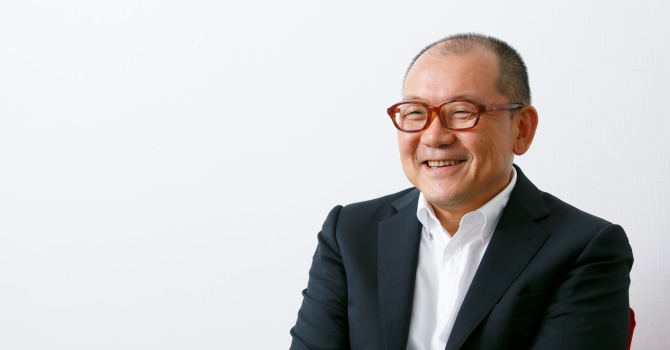 Tsuyoshi Maruki established Strategic Capital, Inc. in September 2012. In 1999 Mr. Maruki was one of Founding Partners of M&A Consulting, Japan’s first activist fund. The flagship ‘MAC Japan Active Shareholders Fund’ grew to manage JPY 444 billion (c. USD 4 billion) at peak in 2006. At MAC, Mr. Maruki was Head of Investment Management responsible for portfolio management and working to develop the value of investee companies. From 1982 to 1999 Mr. Maruki worked for Nomura Securities in the Capital Markets Division where he worked in underwriting and investment banking. Graduate of Tokyo University with BA in Law.

Q1. Please describe your investment philosophy and how you invest.

Strategic Capital, Inc. (hereinafter referred to as the "SC") mainly invests in companies which stay discounted due to poor corporate governance and/or poor financial structure despite relatively stable cash flows which the Investment Manager believes are sustainable. SC tries to maximize investment return by unlocking the intrinsic value of such companies by making proposals and acting as an active shareholder.
I believe that there are plenty of Japanese listed companies which are able to increase shareholder’s value by improvement of corporate governance and/or efficient use of their holding of cash and cash equivalents.

SC executes in-house screening to pick up candidate investee companies which are deeply discounted with plenty of cash and cash equivalents and which have sustainable cash flow. The next step in the investment selection process is vital and is based on SC’s accumulated experiences. After the screening, each member of the Investment Committee tries to generate an original idea about how to and to what extent SC can improve candidate investee companies short falls regarding corporate governance and/or their financial structure as a minority shareholder. SC finally decides investment targets at the Investment Committee after putting investment ideas on the table and discussing thoroughly,

After deciding upon an investee company, SC aims to have a kick-off meeting after some amount of accumulation of shares. At the meeting, SC usually proposes what management should do for their shareholders and what steps SC wants them to take, as often the management teams of such companies are not aware of crucial issues such as corporate governance, capital efficiencies and so forth. Although SC tries to keep communication in a polite manner as much as possible, it does not hesitate to propose its opinion with a direct manner, which is rare in Japanese communication.

SC believes a variety of communication is important with investee companies to realize activist strategies. Adding to the meetings, SC sends mail to deliver opinions as a shareholder as much as possible and as is needed. SC does not limit communication to the investee companies only and often communicates with the management of the parent companies and or the cross-shareholdings of investees for example.

Q2. Please let us know where you find investment opportunities today. What is virtue of the strategy?

I find many investment opportunities in small and mid-capitalization listed companies in Japan because a lot of the management teams of those companies are still less aware of shareholder value and as such the share value of those companies remains deeply discounted.

On the other hand, corporate governance reform was placed as one of top agendas of the Abe-cabinet as part of the ‘Japan Revival Plan’. Since the ‘Corporate Governance Code’ was constituted as the regulation of Tokyo Stock Exchange from June 2015, I believe that the corporate governance of Japanese listed companies will begin to improve. However, I also believe it will take considerable time before becoming established practically.

Q3. Please explain why you have decided to be a portfolio manager.

When I worked for an investment bank, I supported the financing of equity capital for a lot of listed companies from 1985. After getting into 1990’s, however, I began to realize what I did thus far was often opposed to the interests of existing equity holders. I became keen to care for shareholder value.

When I worked for MITI on loan in 1988, I met an old classmate of both junior high and high school. After coming back to the investment bank in 1990, I often discussed ideas with him and we shared the opinion that many Japanese listed companies depreciate shareholders and that shareholders, rather than investment bankers or bureaucrats, must be in the best positon to improve the corporate governance in Japanese companies.

On the other hand, in the United States I could find that buy-out funds succeed in developing their business and pension funds spoke their opinions loudly to companies as shareholders. I expected that an investment fund which proposed the improvement of management issues as shareholders could expand their business opportunities in Japan as well.
Upon this background, I left the investment bank in July 1999 and started to develop an independent investment management with the above mentioned classmate and his classmate from Tokyo University in August 1999.

Q4. What is your belief as a portfolio manager?  What do you try to achieve and what would you never do?

The mission of SC is to maximize the interests of its investors in the same way SC requests investee companies to maximize their shareholders value. I believe that the continuous achievement of this mission with support from investors will contribute to the Japanese economy

I believe that consistency is one of the virtues of investing. I do not frequently modify the investment strategies and investment policies except after thorough consideration and upon the condition of realizing reasonable grounds.
Once, however, I realize reasonable grounds, I move promptly.

Q5. How best would you protect clients assets?

One of the characteristic of SC’s investments is to keep the portfolio rather concentrated. The number of investments is usually between 8 to 10 companies. This leads to less correlation with market indices. Upon the downturn of the market, the fund often keeps its value compared to the market indices, although the fund cannot perfectly be away from the fluctuation of the market. This performance seems to come mainly from the characteristic of investee companies which are usually deeply discounted to their intrinsic value and are usually have very asset rich balance sheets. Thus, SC does not expect a ‘swift stop loss rule in trading’ to be suitable to our longer term investment strategy. Upon the cash positon and the markets, SC may increase the allocation to investee companies in the case of market volatility or a drawdown.

SC keeps investments and the pursuit of companies with non-receptive and tough management even if they do not realize SC’s proposals quickly. This is because SC would like to be seen as a consistent and strong investment manager. However, SC always exits if the business of investee companies deteriorates despite our expectations after the continuous observation of the companies.

Q6. Please recommend your favorite books on investments, and the reasons you favor them. 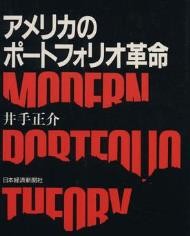 I would like to introduce a book in the financial sector with which I was influenced in the early days of my finance and investment experiences. That is ‘American Portfolio Innovation’ written by Mr. Masasuke Ide. The book I currently have is the first edition issued in September 1986. I came across ‘Modern Portfolio Theories’ for the first time when I worked for the investment bank for four years. It is not easy to get the original even through Amazon. Start with this book, I read many books related M&A and investment funds in the United Stated.

In addition, a paperback that is readily available is ‘My property confessions’ written by Dr. Seiroku Honda. I read this book 8-9 years ago on recommendation from a senior individual at an investment bank. If I had come across this book when I was younger, my life may have been different. I do not know how suitable it is for this era, regarding how to use savings and a quarter of income to invest in stocks and forests, or the actual ability to imitate it, but this book is also a rich source of inspiration.

Q7. Please recommend any media source (newspaper, journals and website) you check on a regular basis.

Japan economic newspapers, such as the; Nikkei Business, Nikkei Veritas, Weekly Diamond, Toyo Keizai, FACTA, Choice and Commercial Law. English media such as Bloomberg and FT. Employees pick up articles which may be relevant to SC.

Notes:
This article originally appeared on July 15, 2016. Any views presented in this article are as of such date and are subject to change.
This article and the information provided therein are not a recommendation to purchase or sell any security, nor are they intended to constitute the marketing of, or a solicitation for investment in, any investment product.

Strategic Capital, Inc. was founded in September 2012 to manage a broadly similar Japan Activist strategy as previously practiced by Mr. Maruki and Mr. Kato from 1999 to 2007.

Strategic Capital, Inc. is an independent and privately owned firm.

Strategic Capital, Inc. manages an Activist strategy focused on Japanese listed companies. The Investment Manager is unique for a Tokyo based Investment Managers to take a more confrontational approach when needed.

The fund invests in asset-rich public companies which the Investment Manager believes have market valuations substantially below their ‘intrinsic value’. Portfolio companies are typically small and mid caps with robust operations and stable profitability, but which have low market valuations principally due to rectifiable corporate governance and financial structure issues.

Once an influential minority stake is acquired in an investee company the Investment Manager will regularly meet with company managements to communicate opinions and press for change as a discerning and persistent shareholder. The Investment Manager is principally concerned with solving corporate governance and balance sheet issues to unlock shareholder value.

The Investment Manager strongly believes that improving corporate governance will be a key factor towards revitalizing the Japanese economy and that by properly placing and enhancing corporate governance, Japanese listed companies could become more productive and key contributors towards revitalizing Japanese economy as a whole, particularly in reallocating underperforming assets that are being inefficiently managed.