Buridan’s Ass and Innovation in Management 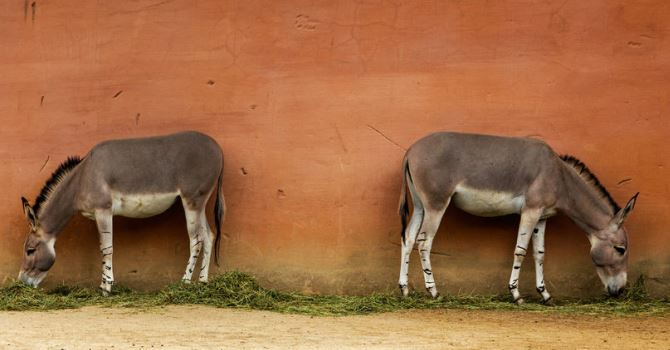 Imagine two identical piles of hay placed at exactly the same distance from an ass: one pile on its right, the other on its left. Being identical, there is no way to prioritize one pile of hay over the other, so the ass has no reason to choose the hay on either its right or left. The ass, unable to eat either pile of hay, starves to death.

A normal person would think this is absurd sophistry. Anyone can tell that the ass would eat both piles of hay before starving. The hungry ass can’t care less about the order in which it does so.

However, this paradox implies a difficult question in philosophy. If the ass decides to eat the hay on its right first, given that there has to be a reason for every decision, the ass should have no freedom of choice in choosing the hay on the right. Everything would become the inevitable outcome of providence. On the other hand, if the ass chooses one pile of hay despite the lack of any reason to do so, that means freedom of choice exists, precisely because of the lack of reason for a certain choice.

Now, in human society, a logically inevitable option cannot exist as it is impossible to predict the outcome of a choice in an objective and accurate manner. We more or less have to leap over logic to make a decision: to pick right or left before we starve.

Needless to say, the role of a business manager is to make decisions of that kind. Decisions based on rationality and probability drawn from experience are on-site decisions that never make their way up to top management. The most important role of management is to make decisions that cannot be determined by continuity from the past. If the meaning of innovation is to transcend continuity, innovation has to be the very core role of management.

Therefore, innovation in management cannot be based on logical reasoning. Innovation is the business manager’s decision that transcends logic: it is essentially a bet.