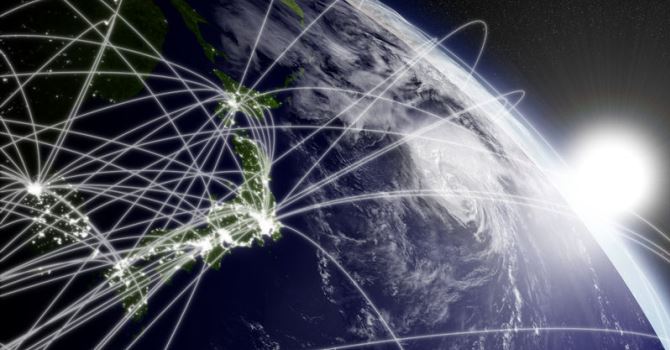 
The word globalis used very often in Japan, as inglobalizationordevelopment of global talent. But what does it mean to be global? There should be some kind of philosophy beyond superficial aspects like enhancing English capabilities, or economic phenomena such as multinationalization of companies or expansion of free trade.

The global concept represents historical progress, advancement in human wisdom, and creative development of intelligence. Human history has long been a history of rule of violence. The rise of the nation state at least manifests the rule of reason within the country, but in turn justifies violence between countries in the form of war.

Nevertheless, the advancement of globalization is likely to overcome the limitations of the nation state and ultimately achieve rule of reason in the form of a single global civil society. However far that day may be, it is sure to arrive: the direction of mankind is set towards that destination.

If American companies are backed by their country’s overwhelmingly powerful military force when expanding into foreign markets, that is not global. It is global only when American companies expand worldwide purely based on business rationality. Globalization has to be the shift from the rule of power to the rule of reason.

True globalization is in the horizon of social philosophy, not by physical force but by the force of intelligence. That is why Japan has a great opportunity, having abandoned active use of military power, being a small island country bound to shrink further through population decline, and having betted on establishing itself as a knowledge-oriented nation.