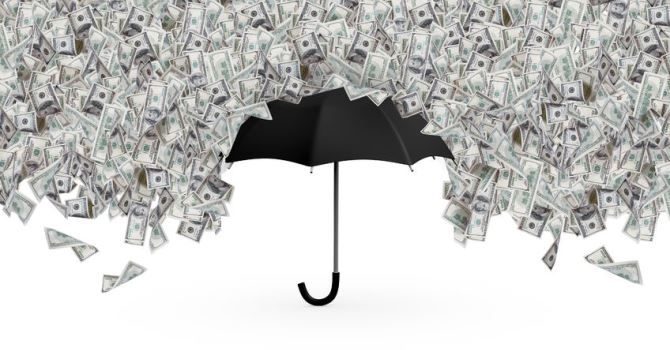 
They lend you an umbrella when the weather is fine and take it away when it rains?this is a traditional way in Japan to describe how banks engage in financing activities, mocking how banks gladly lend money when companies are performing well, only to attempt quick collection once those companies start struggling.

Banks take this kind of behavior partly because they are required to conduct a strict valuation of the borrowers’ assets and determine their credit situation to comply with financial regulations. When a company’s performance worsens, the banks’ response of raising interest rates or collecting loans can rather be considered the proper approach in terms of bank management.

However, the debtor companies are generally in more need of funds during periods of lower performance. There is no denying the aspect that the banks’ attitude contradicts with their social mission to supply funds in an appropriate manner when they are needed. Here is a serious dilemma of bank management.

Before the Abe Administration, during the recession following the global financial crisis in 2008, the government led by the Democratic Party of Japan enforced a law that aimed to save distressed small companies by forcing Banks to relax conditions for loan provision?to lend an umbrella when it was raining.

Judging the law’s legitimacy from the viewpoint of financial theory, the need to ensure healthy bank management, as well as the objectives of financial regulation, requiring banks to ease their lending conditions when they should be tightened shakes the foundation of financial order. No wonder the finance industry was greatly bewildered at the time.

Nevertheless, the objective of the law is justifiable from the viewpoint of economic policy, as the social function of the finance sector is to stop further economic deterioration by taking a positive stance in financing, thus contributing to swift recovery from a temporary recession.

3 years have passed since the expiry of this law, and one wonders what has happened to those loans for which the conditions were eased. Which had proven to have the upper hand: the legitimacy of financial regulation or that of economic policy?