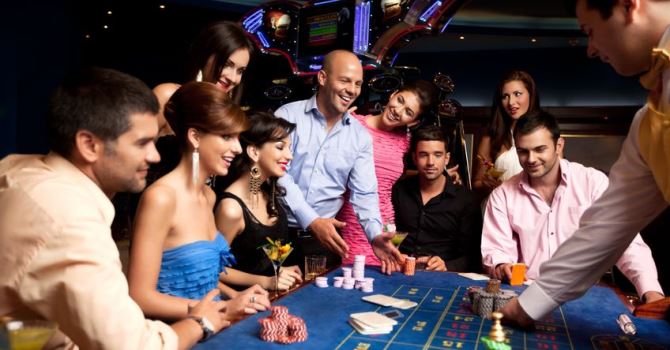 
Whether or not casinos should be approved has been a political issue over many years. Gambling is illegal, so a special policy objective is needed to legalize it. Now that the official objective for casinos has become to attract foreign tourists, the discussion is heating up towards actual implementation.

Actually, quite a number of gambling activities are legalized in Japan already. For example, horse racing basically falls under the crime of gambling under article 185 of the Criminal Code. However, article 35 of the Criminal Code states that ”An act performed in accordance with laws and regulations or in the pursuit of lawful business is not punishable,” and Article 1 of the Horse-Racing Act states that the Japan Racing Association and prefectural governments are authorized to operate horse racing. Therefore, it is a legal form of gambling.

In the same way, lotteries are basically a crime according to article 187 of the Criminal Code, but it is legalized by the Lottery Ticket Act. This act limits sellers to local governments, and its purpose to fundraising for local administration (Article 1).

Horse racing and lotteries are legalized forms of basically illegal activities for the purpose of fundraising, mainly of local governments. Therefore, for the operators to secure income, it goes without saying that the gamblers are at a disadvantage. It is an extremely unfair economic transaction, given that the income of the operators is very large.

This extreme unfairness is a fundamental factor of gambling: gamblers are in pursuit of pleasure that does not make economic sense. Whether the pursuit of such pleasures should be liberalized is a matter of advanced legal discussions, also related to regulations around drugs. Horse racing and lotteries are legalized based on a comprehensive decision, considering that they are historically and socially established forms of public entertainment, that problems of addiction and other issues are not too severe, and that they serve public benefit as a source of funds for local governments.

And the fact is that horse racing and lotteries are popular: Japanese people love to gamble. Racing and lottery tickets sell well because of their popularity, which is why local governments can raise funds from them.

The Japanese government might have legalized and monopolized gambling for public-sector fundraising based on the Japanese people’s love for gambling. Casinos cannot be legalized under the same logic. Perhaps that is why the debate has not reached a conclusion.