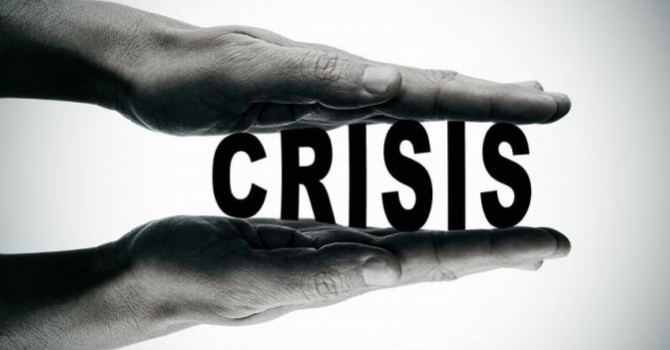 
Overall Interest Rate Spread at 0.11%
According to the Japanese Bankers Association, the average overall interest rate spread of 116 Japanese banks in the interim period ended September 2014 was 0.11%. This figure was calculated by subtracting the banks’ average funding cost (0.93%) from the average interest rate on interest-earning assets (1.04%).

Almost all of the interest-earning assets held by banks are either loans or securities: loans account for about two-thirds of the total, and securities for one-third. The average interest rate of 1.04% can be broken down to 1.31% for loans and 0.87% for securities.

An overwhelming portion of the assets are funded by deposits. As interest expenses are close to zero, virtually all of the funding costs come from operating expenses?0.92% out of the total 0.93%.

Overall Interest Rate Spread Keeps Declining
Five years ago, back in September 2009, the overall interest rate spread was 0.26%. It has kept declining ever since. This is because interest rates have been kept at an ultra-low range: high-yield loans and securities of the past have been driven out and replaced with low-yield assets.

The interest rates for deposits?by far the main source of funds?virtually hit zero a long time ago, leaving no room for further decline. That has left operating expenses to represent most of the funding costs, but banks have already been streamlining their businesses to cut down these expenses, leaving only small room for further reduction.

In short, funding costs have reached a stage of downward rigidity while interest rates on the banks’ assets continue to fall, resulting in the decline of overall interest margin spreads.

The Day Overall Interest Rate Spread Reaches Zero
If this trend continues, the banks’ overall interest rate spread will reach zero. This is an imminent and fundamental crisis. It means that the revenue base of the banking business is going to collapse, and as the first of its kind in the world, it is comparable to being thrown out into the unknown.

There are only three ways to avoid this crisis: raising interest rates on the banks’ assets, lowering funding costs, and increasing non-interest revenue.

There are only three ways to raise interest rates on the banks’ assets: increasing loans and decreasing securities in the portfolio to achieve a higher overall rate of return, raising lending rates, and raising returns on securities.

As interest expenses have reached the point of complete downside rigidity, the only way to lower funding costs would be to further reduce operating expenses. However, banks have few options to do this but to pursue economy of scale through mergers and acquisitions.

Unproductive Competition Over Interest Rates
The banks’ attempts to lend more by lowering interest rates do not add any value to the society but would rather deepen the problem. A good example is the competition in housing loans: the banking industry has been mired in a tough but fruitless competition to offer lower and lower interest rates to snatch housing loans from rival banks. This behavior does not help build even one house or provide any economic effect. The only outcome is a lower rate of return on loans. Business loans are more or less in the same situation of over-competition pushing down lending rates. It cannot be denied that the banks have drawn themselves closer to their own crisis.

Money Management Centered on Government Bonds
In the current financial structure of Japan, due to the relatively small demand for loans against the funding capability of banks, surplus funds are inevitably invested in securities. An extremely large portion is actually allocated to government bonds because banks regard them as non-risk assets. However, the concentration of investments has driven down the yield of government bonds. Here again is the structure where the banks themselves are putting pressure on their own business. Nevertheless, it is not easy for the banks to reduce dependence on government bonds.

No More Room for Commission Revenues
With the overall interest rate spread slimming down, banks have increasingly become reliant on commissions on sales of investment trusts and insurance products. This situation gave rise to concerns over banks pursuing commissions so aggressively that they may undermine customers’ benefits. The Financial Services Agency gave strict orders so that banks are forced to focus on long-term advantage of their customers rather than short-term commission revenues. Of course, this will eventually lead to the banks’ profits, but in the short term, they will lose a strong way to act against the shrinking interest rate spread.

What If Interest Rates Rise
So, what will happen when interest rates start rising?

However, as ultra-low interest rates have become the norm, the banking business has been diverging from this original model. Actually, in an attempt to increase their investment returns, banks are managing their funds in longer-term assets.

If interest rates rise in this situation, the rising pace of funding costs is likely to be faster than that of investment returns. That will deepen the crisis even further.

What Rising Interest Rates Mean to Banks
As funding costs rise, interest rates for funding will exceed the rates on long-term, fixed-rate loans. If such loans account for a large part of the bank’s portfolio, this will have an enormous impact on the whole bank.

The situation would be even worse if the banks are investing in long-term bonds. The rise in interest rates will be accompanied by a fall in bond values, causing huge revaluation losses, and there will be a high risk of banks falling short of their required equity capital.

If interest rates keep following the current trend, banks will run out of interest rate spread and face a crisis. If the rates rise, the crisis will accelerate. Now that there is no room for interest rates to fall further, the crisis seems to be inevitable. The only solution may be to drive down expenses a step further through mergers and acquisitions.