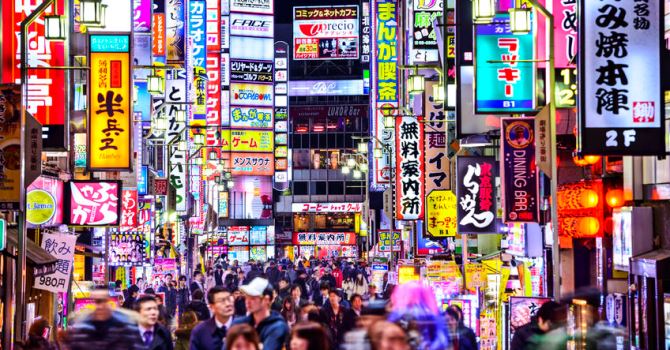 
As English becomes a global language, it has to transform itself from the original form by obtaining new expressions and words from various other languages. However awkward the language may be, what matters is whether it can be understood. Spreading the acceptance of English with Japanese features has more value than learning authentic English. So what is wrong with Japanglish?

Values that are uniquely Japanese may not always be translatable to English. As Japanese culture finds its way into the global environment, Japanese words naturally become embedded in the English language. Wagyu means Japanese beef, but since it is a special kind of beef only available in Japan, the word has been transplanted directly into English.

Wagyu became a globally renowned food ingredient as a result of strenuously keeping its high Japanese quality. But on the other hand, its global appreciation is based on the status of beef as a signature ingredient in western cuisine. It might not have been globally recognized if it was simply something original to Japan.

So-called “cool Japan” is not global if it is just about Japanese appeal. Thinking cool Japan from a global perspective, it should aspire to create something new by combining Japanese and non-Japanese features, rather than introducing existing Japanese things to other countries.

Even if Japanese manga culture is introduced overseas from a Japanese perspective, it is not enough to spark the creative evolution of manga as global culture. Japanese manga culture can make a global contribution when it resonates with all areas of modern art outside of Japan and creatively interacts with them to deliver something new.

The position of Japan in the global environment is comparable to the position of local regions within Japan. In the past, regional growth meant to bring locally unavailable things from Tokyo. This is parallel to how Japan’s development took place by absorbing the achievements of western culture.

As a result, regions became increasingly dependent on Tokyo, causing local sources of growth to dry up. With the inability to give a cultural blow to western culture, Japan seems to have been backed into a corner, rapidly being caught up by emerging countries taking the same growth strategy.

Efforts to revitalize regions are shifting gear to enhance locally unique qualities. Regional revitalization is the domestic source of growth, and the globalization of uniquely Japanese qualities is the international source of growth for Japan’s future.